The coronavirus is taking a bigger toll on Apple's operations than it thought, and iPhone buyers

around the world could see a shortage.

gave last month. It cited two reasons for the update: the coronavirus is hurting both demand from

Chinese customers and production capabilities inside the country. China is one of Apple's biggest

markets and the primary location where its devices like the iPhone are assembled. Because factories

are coming online later, there will be iPhone shortages around the globe, Apple said.

"Work is starting to resume around the country, but we are experiencing a slower return to normal

conditions than we had anticipated," Apple said in a statement. "As a result, we do not expect to

meet the revenue guidance we provided for the March quarter." 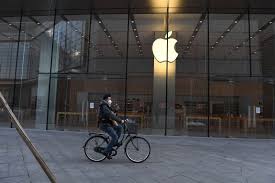 at the time, coupled with its estimates for when the pace of work would return to normal after

the extended Chinese New Year holiday. At that time, Apple had factored the possible supplier

and retail traffic impact into its revenue guidance for the March quarter, which -- at $63 billion

to $67 billion -- was a bigger range than what it normally provides. That range was higher than

the $62.45 billion expected by analysts.

While Apple sells a lot of its gadgets in China, it's also tied to the country in another key way.

Apple designs its phones in the US, but the devices -- like many other electronics -- are

assembled in China. Many of its employees travel frequently between the region and Apple's

Cupertino, California, headquarters, and the slowdown in production in China is causing a

shortage of iPhones and other Apple devices across the globe. 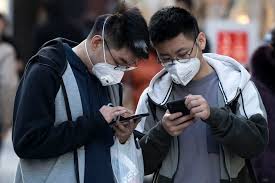 "Worldwide iPhone supply will be temporarily constrained," Apple said Monday. "While our

of these facilities have reopened -- they are ramping up more slowly than we had anticipated."

A pneumonia-like disease, the new coronavirus was discovered in the Chinese city of Wuhan

in December. The strain has now infected nearly 72,000 people and claimed more than 1,700

lives. It's spread beyond China's borders to places like the US, Japan and Australia. Authorities

around the world have begun limiting travel and enforcing quarantines to guard against the spread.

slated to kick off in Barcelona later this month. The trade association said it's "impossible" to proceed

doesn't attend MWC, but all of its rivals do. Many were expected to unveil their newest 5G phones

in Barcelona, and those devices could now see some delays.