When you look at factors such as the rise of populism in politics (which actively opposes globalization),

changes in regulation, trade and manufacturing, as well as growing restrictions on the movement of people

around the world, it looks like the new trend is deglobalization -- or a retreat into localism or nationalism.

What's going on? To coin an oxymoronic phrase: Is the world getting less global?

Panic about the coronavirus goes viral

The yet-unnamed coronavirus that originated in Wuhan, China, has laid bare an unpleasant fact about

globalization: A viral infection that emerges anywhere can spread everywhere. To stop such an outbreak,

clobbering the tech industry. It's going to get a lot worse before it gets better.

The most immediate impact is technology trade shows. The most important mobile trade show, Mobile

World Congress, will either be cancelled or have greatly reduced attendance (the show is scheduled to

of Chinese trade shows have been cancelled outright.

The next effect will be sales and manufacturing. Foxconn, where iPhones are made, is closed indefinitely.

At least for making electronics. For now, they've switched to making face masks. 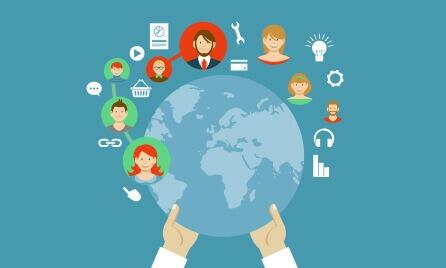 Hardware Kickstarters are starting to notify users of big delays for the same reason.

travel to China. (Yesm Google and Facebook have offices in China.)

And the third effect will be earnings. Most Chinese tech companies are expected to report earnings far